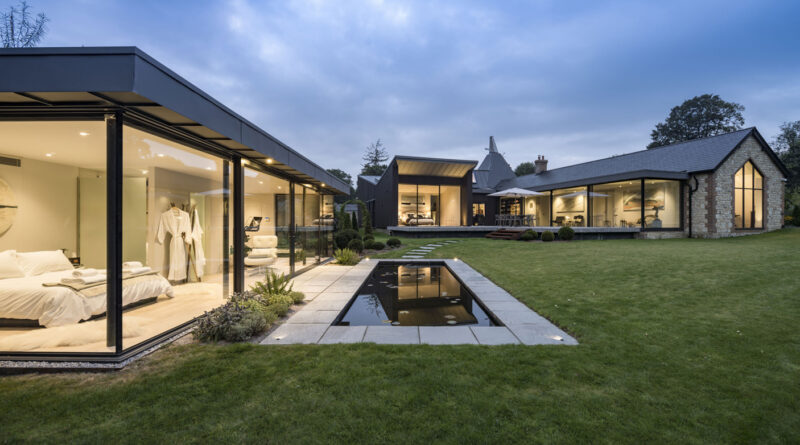 The existing house had been an earlier conversion of a kiln building which had a number of ad-hoc and poorly built extensions over time. The result was a series of damp, cold, low ceilinged and badly lit spaces that had been crammed together with no flow between the rooms and no logic to the layout. The project took over three years from start of the design process to the completion on site and involved the demolition and replacement of the majority of the existing extensions including an old detached garage to the rear accessed through a low opening in the existing building. 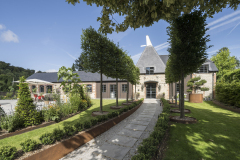 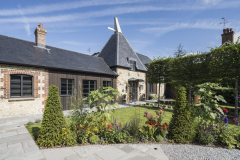 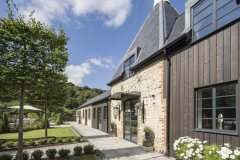 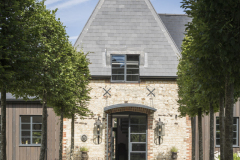 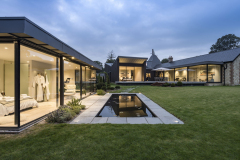 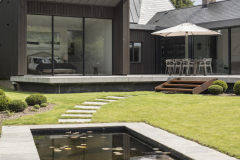 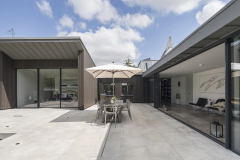 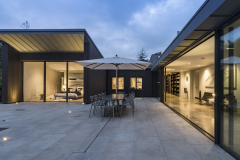 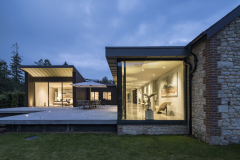 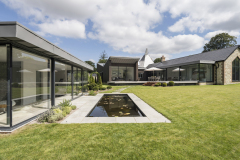 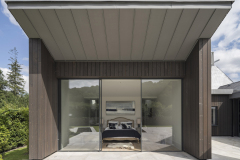 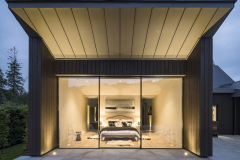 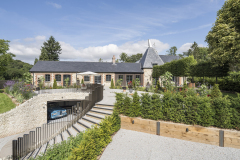 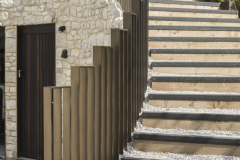 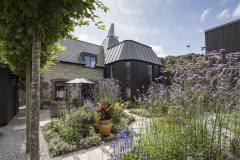 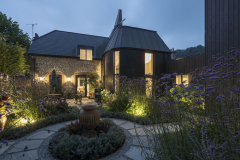 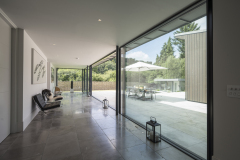 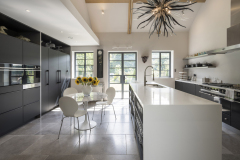 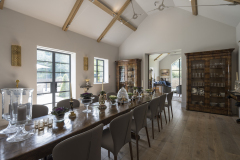 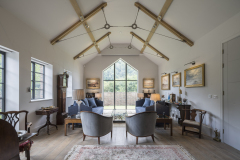 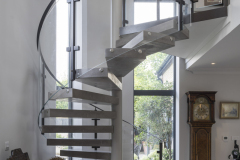 Additional images can be seen in the Project Brochure which can be downloaded here.

Thanks to Matt Chisnall Architectural Photography for the photography work.

BWP Architects were involved in this project from the original inception through to handover and our work included the design of much of the interior work and gardens as well and the building itself and working with the clients on the design and selection of individual pieces of furniture, kitchen and bathroom design, bespoke metalwork, fountains, garden features and interior finishes.

A key element to the design was the complete stripping out of the three-storey interior to the kiln building and removal of the roof to be replaced with a new pyramid structure and the construction of new attached curved stair tower to the rear. This allowed a single new floor to be inserted in the old kiln building in place of two previous floors to give high ceilings and create usable spaces.

The stone spiral staircase is built using solid stone treads from the same quarry as the stone tiling to the ground floor. The new pyramid roof over the former kiln building includes a traditional working cowl which is visible internally from a glazed opening above one of the bedrooms.

Behind the original front buildings a series of existing rear extensions were replaced with a single 3m wide glazed corridor to link the main living spaces along the front of the original building ending in a large gable end glazed elevation giving views to the countryside and hills beyond. This main body of the house also received a complete new replacement roof allowing high vaulted ceilings with stainless steel ties and oak purlins to be incorporated.

The 1970s built duo-pitched roof extension further to the rear had the main structure retained but the roof removed and replaced with a gull-wing roof. The allowed 3m high French windows to the Master suite to maximise the views and the cantilevered zinc roof and traditional dark stained timber clad wing walls provide privacy and passive solar shading.

The detached garage to the rear was partially demolished and, with the infilling of the former access through the building, created a private formal rear courtyard. A new curved replacement garage was constructed below the front garden, accessed via a curving ramped driveway with turntable in front of the curved, automated timber doors. Bronze coloured bespoke balustrading adds a dramatic and artistic feature to the access stair and upper courtyard over the garage, reflecting different light and colours as they follow the curve of the garage walls.

The gardens and rear courtyard were redesigned to relate to the new works and completed with a new glazed pavilion style garden room complete with reflecting pool. The three-sided glass pavilion is completed with a cantilevered zinc roof to compliment the rear of the house.

The final project is, we feel, a huge success and blends both the traditional original building with the new contemporary style works acting as the perfect backdrop to the clients’ extensive collection of modern and antique furniture and works of art.

All successful projects require commitment and trust from the client and we have been delighted to be involved in this and to help them realise the full potential of the property and gardens.

Throwback Thursday - this scheme won planning permission for one of our developer clients for a site on St Albans to create four new contemporary homes. The client sold the site on at a tidy profit as a result and we understand building works have now commenced on site. #ThrowbackThursday #architecture #farnham #newhomes ... See MoreSee Less

Throwback Thursday - this week’s project was for two new homes in Hampshire and dates back several years. Originally designed as a pair of houses with one being a sculptural contemporary home for a young couple and the second house a more traditional building form for one of the couple’s parents next door. A matching palette of materials of cedar shingles and render complement the sylvian backdrop. #throwbackthursday #cedar #shingles #architecture #newhome #hampshire ... See MoreSee Less