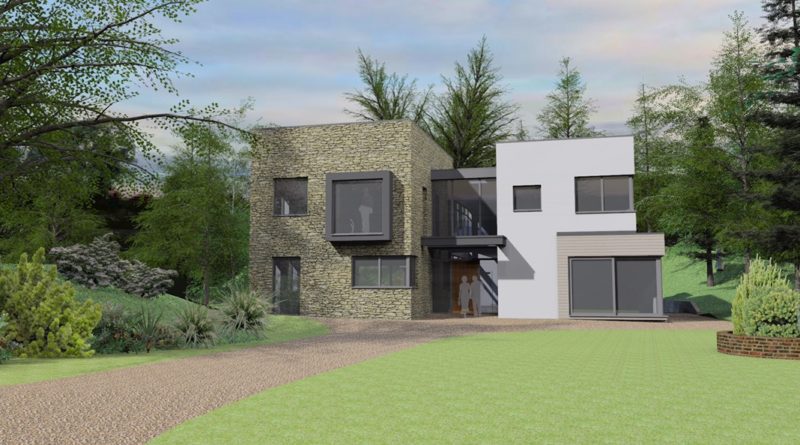 Planning permission has been granted by Waverley Borough Council for this replacement dwelling in Farnham, Surrey.

The approval followed a lengthy planning process involving a number of applications and appeals to demonstrate the use of current planning policy and Permitted Development Rights to extend the existing building.

The site lies outside the settlement boundary of Farnham and as such Policy RD2A limits replacement dwellings to 10% more than the existing building. However, the process allowed for more than a 60% increase in the existing square footage to over 5,000sqft.

In addition, a separate annex building was approved under another PDR application to allow it to be incorporated in to the final design with a full basement beneath the house and lower level garaging below the annex.

The contemporary design is based around the concept of three separate blocks; one rendered, one timber clad and one a stone block. These blocks are separated and linked with a central glazed double height entrance hall opening on to the sunken rear terrace facing the west garden.